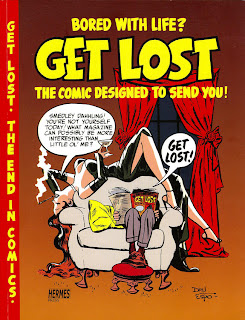 GET LOST is a Hermes Press trade paperback collection of the three 1954 issues of the satirical title published, and mostly written and drawn by the comic art team of Ross Andru and Mike Esposito. GET LOST was a direct attempt to cash in on the popularity of MAD. According to the surviving member of the team, Esposito, it brought on a lawsuit by MAD publisher William M. Gaines.

It's hard to see how GET LOST was much competition for MAD, except it could have siphoned off some dimes from some unwary MAD fans. The covers and their lettering make them look like Gaines' EC Comics, but all anyone had to do was look inside. Andru and Esposito did a fairly good job at drawing humor, after a career drawing almost everything but. But that's a big but! They didn't have the sheer inspiration and talent of Harvey Kurtzman or his team of genius cartoonists.

In 1975 Marvel Comics reprinted three of the stories from GET LOST in ARRGH #5. The stories are stamped Copyright©1972 Mike Esposito and Ross Andru, so they sat on a shelf for a couple of years until Marvel got around to them.

The trade paperback is available at the usual outlets. You'll probably have more luck finding it than ARRGH. I'm posting "Something" from the last issue of GET LOST, reprinted in that issue of ARRGH. You can test it out and see if you want to buy the compilation. 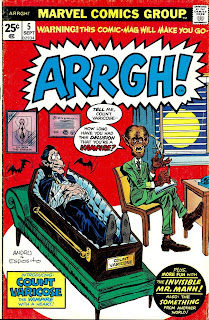 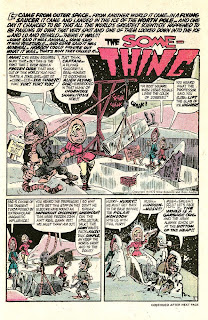 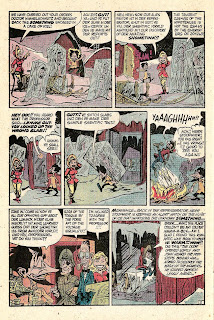 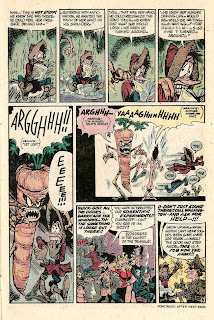 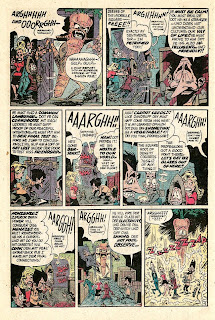 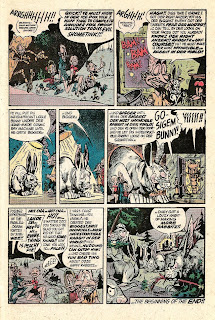