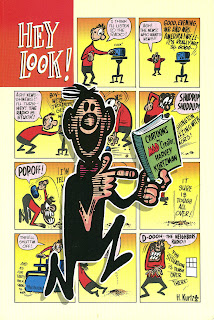 Hey Look! was a strip that MAD creator Harvey Kurtzman did for Stan Lee in the late 1940s. Random one-page strips appeared in many comics, and a collector could spend years collecting them all. Denis Kitchen solved the problem by publishing a major compilation of the strips in 1992. A couple of months ago I showed you a portfolio of 10 later Hey Look! strips, showing Kurtzman's progression as a cartoonist, but the strips I'm showing now are some of the earliest. Kurtzman had a true gift for humor, for cartooning and satire, yet over a period of just a couple of years, from the earliest Hey Look! strips to the last, he really came into his own as an artist. 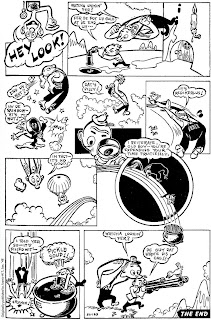 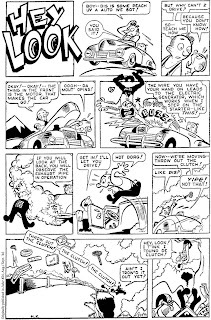 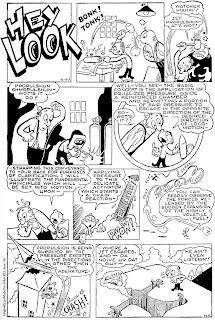 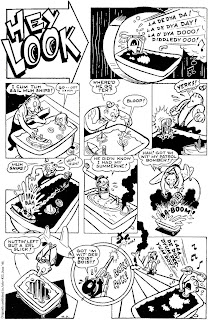 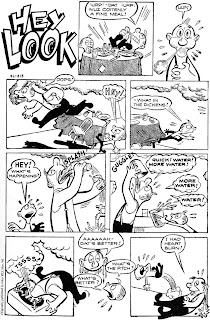 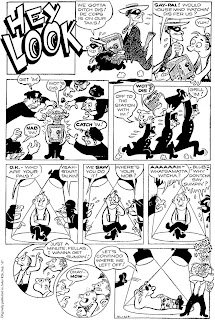 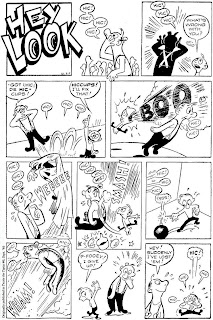 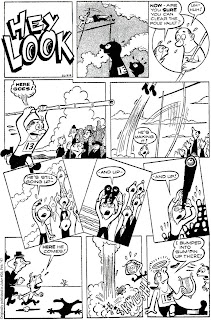 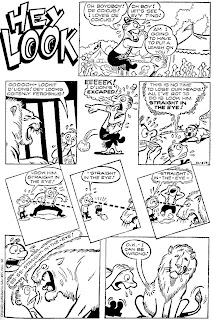 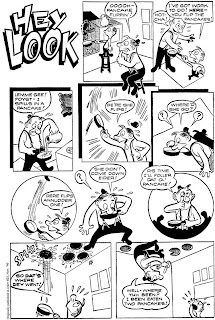 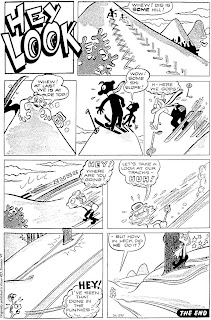 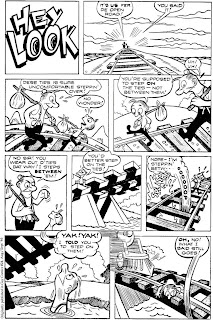 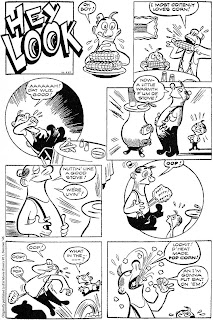 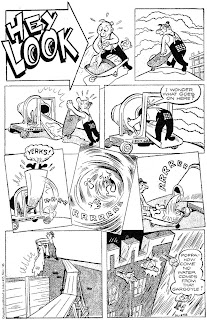 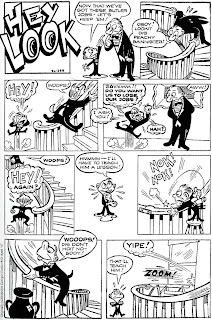 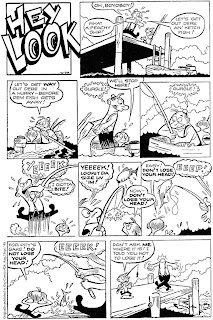 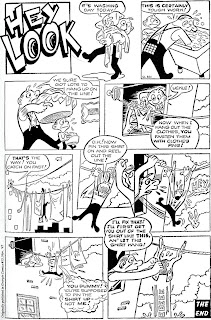 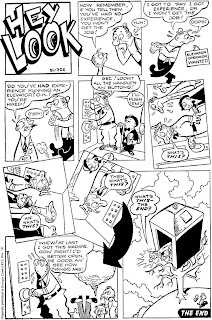 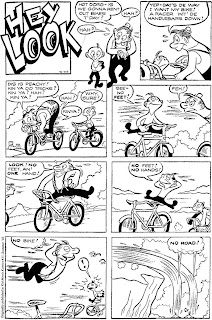 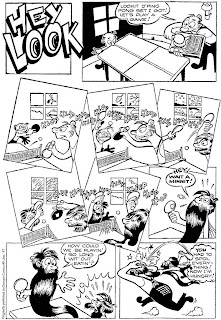 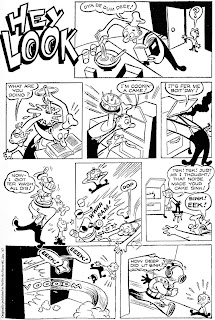 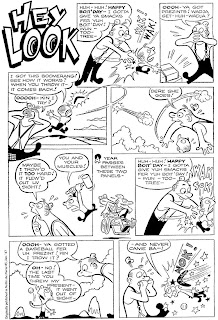 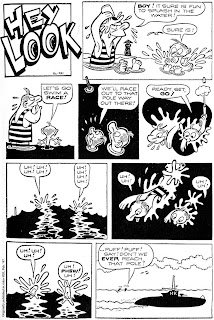