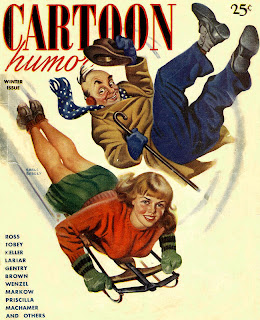 I have a couple of issues of CARTOON HUMOR, a magazine published in the 1940s and 1950s, printing cartoons--mostly sexist--in a full-page format. The cartoonists in this 1948 issue are good cartoonists, especially adept at drawing sexy women, but I suspect CARTOON HUMOR was not the first place these artists went to sell their work. The jokes seem a little shopworn, the artwork a little rushed in spots, but like several magazines of the era it was aimed at a young male audience, probably servicemen, and sophistication was for the NEW YORKER, not them.

There seem to be a lot of younger females paired up with older gentlemen with white mustaches in these cartoons. The stereotype of a sugar daddy?

Of the three artists chosen for these examples, I think Louis Priscilla is the best at the female form, but Jefferson Machamer was easily the most well-known. 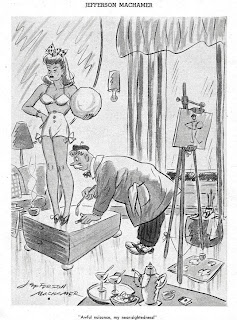 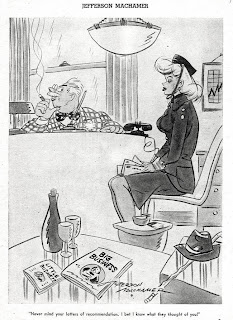 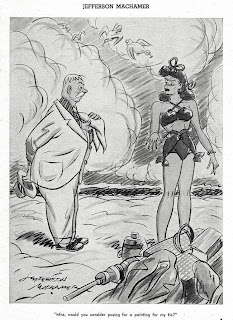 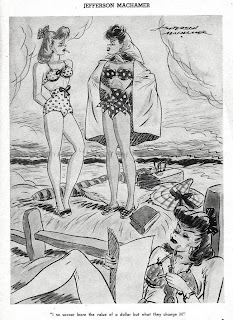 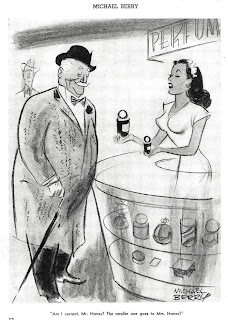 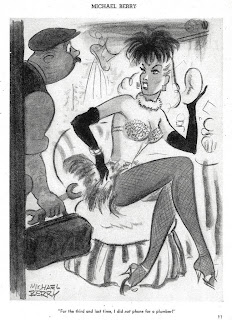 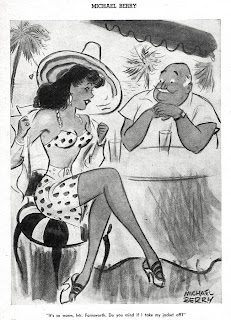 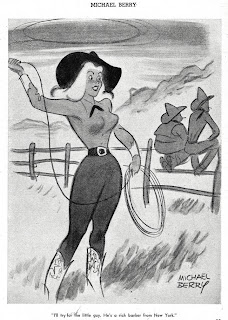 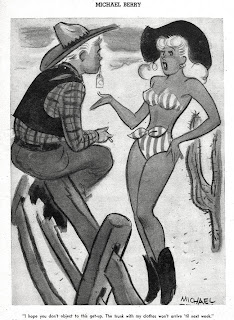 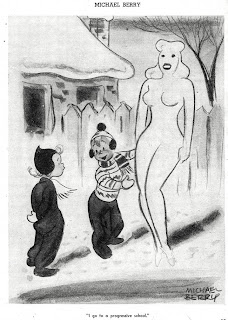 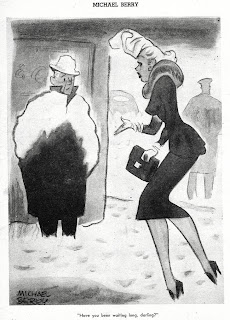 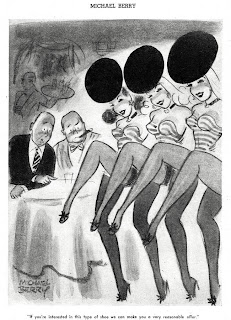 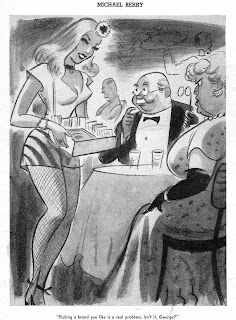 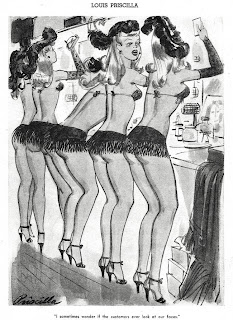 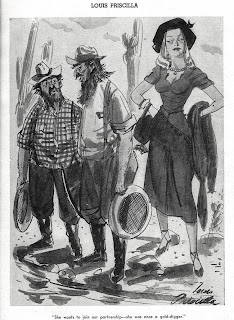 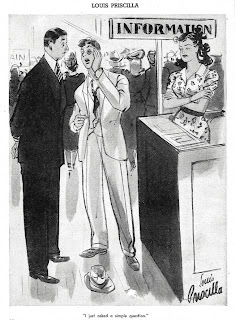 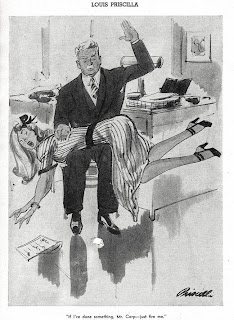 Just acquired a copy of Summer 1948 (Vol.12 #3, July 1948). Loads of great stuff behind a fun Earle Bergey painted cover.
Could you let me know the vols and issues of the copies you have? I am adding them to the Grand Comic Book Database (www.comics.org).
Thanks!
Ramon
PS If you need any scans of my issue, let me know!