In his early days as a comic book artist John Severin seemed tentative with his inking. He used a pen point when most other inkers were using a brush (usually a Winsor-Newton Series 7 Number 3 watercolor brush from England). So he teamed up with Will (then known as Bill) Elder, who was a master with a brush. It made for some really nice-looking comic book stories for Harvey Kurtzman's war books, FRONTLINE COMBAT and TWO-FISTED TALES.*

Here are two of my personal favorites of the Severin-Elder combination. "Night Patrol," a Korean War story, is especially effective. Set at night, in the rain, a U.S. Army patrol scouts for the enemy. I believe the story is even better in black and white, so I have scanned it from the Russ Cochran-published deluxe hardbound, slip-cased edition of FRONTLINE COMBAT. It originally appeared in issue #8.

*They did some great stories for the EC science fiction comics, also. 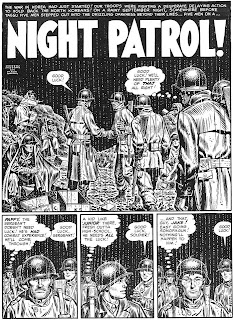 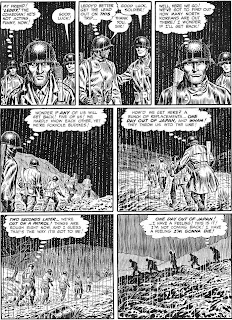 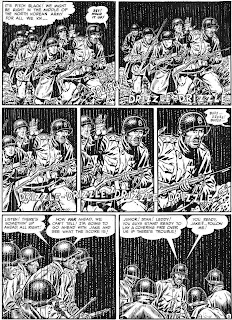 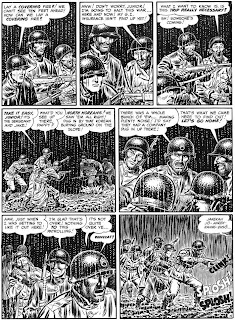 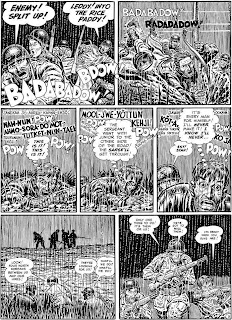 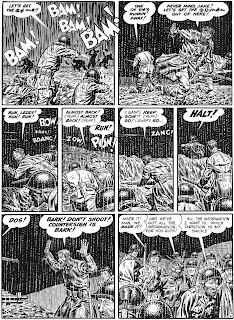 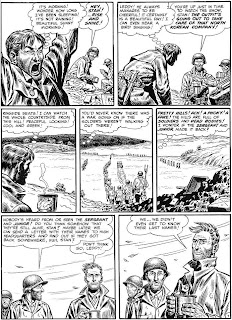 "First Shot" is a combination war story, Civil War history, and comedy, utilizing Will Elder's talents for humor. The double take on page 5 is very "Elderish." But the story is penciled in fine fashion by Severin, who obviously carefully followed writer/editor Harvey Kurtzman's layouts. That the story ends in such brutal irony is a testament to how many emotions those three artists (and Kurtzman was a true artist) could wring out of a story. It's from FRONTLINE COMBAT #9. 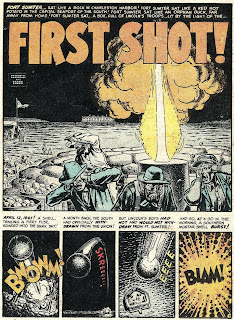 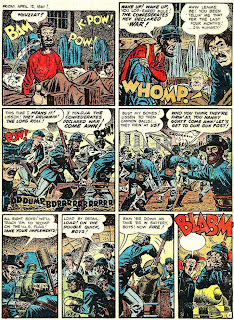 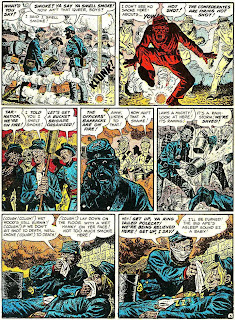 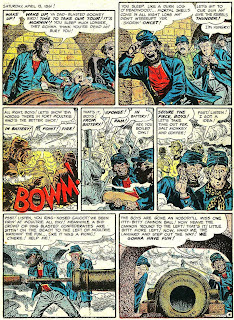 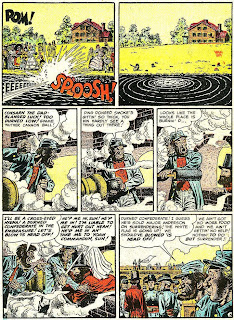 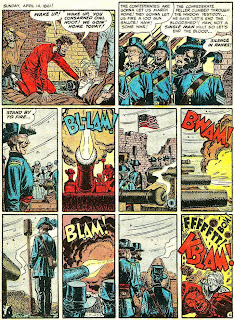 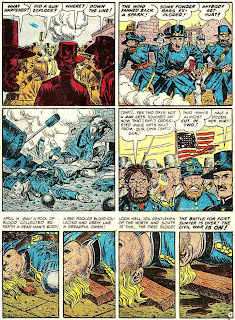 TOMORROW: Severin's illustrative side--and beautiful pen inking--is on display in illustrations from the book for young readers, THE ADVENTURES OF LEWIS AND CLARK.
Posted by Harry Lee Green at 12:45 AM

Thanks so much for these.