I'm sure when comic fans think of MAD comics they think of artists Wally Wood, Jack Davis, Will Elder, and writer/editor Harvey Kurtzman. With his reputation for realism, John Severin isn't thought of as really fitting in that well with artists that had such gifts for comic exaggeration. But Severin did do some classic strips in the early issues of MAD. "Melvin!" in MAD #2 was actually the first satire based on a recognizable character, Tarzan. In MAD #4 he contributed the hilarious "Robin Hood!"*

Severin's tenure at MAD didn't last that long, but what he did with those three strips, all of which made it to the paperback reprints. Several strips in the first couple of issues of MAD were unseen after publication until the comprehensive reprinting of all 23 original MAD comics. They didn't fit into the satirical style MAD later adopted. "Melvin!" certainly fit into that style. Since Severin was very careful to follow Kurtzman's layouts we don't know how Severin would have handled the material if he had just been handed a script, as he was with CRACKED and most of his later art jobs. But Kurtzman, as he was during his whole career, a creator who wrote and drew and worked a script until it sparkled like a diamond. He expected the artist to follow his layouts closely, and that's what Severin did. In the two strips I'm showing here, John Severin showed that given the right material he was in the same league as the other artists.

I scanned these from the MAD SPECIALS late 1990's series, TALES CALCULATED TO DRIVE YOU MAD, which reprinted the 23 issues with commentary by writer Frank Jacobs.

*It also used Big John and Sparky, characters from a popular children's radio show, famous for its theme song, "The Teddy Bear's Picnic." 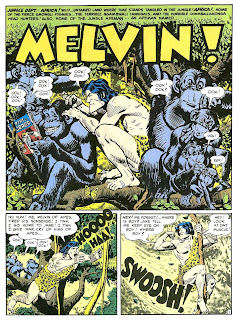 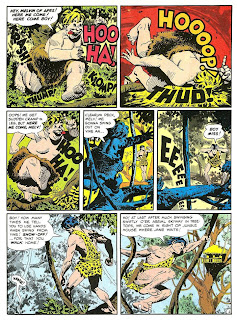 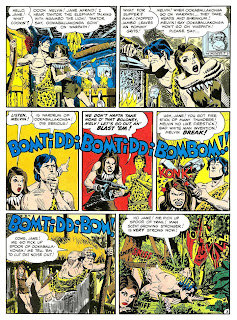 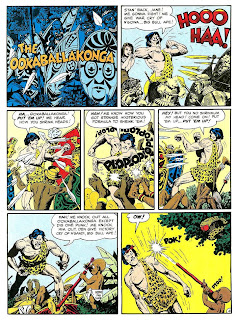 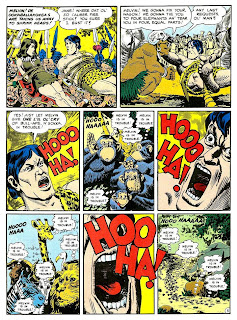 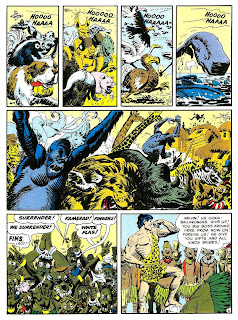 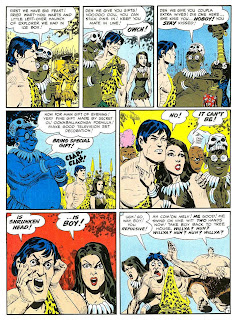 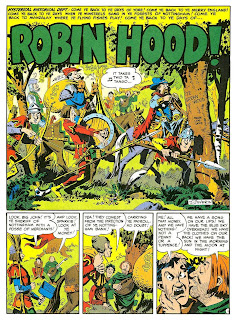 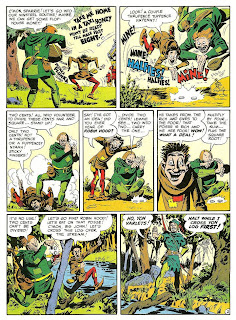 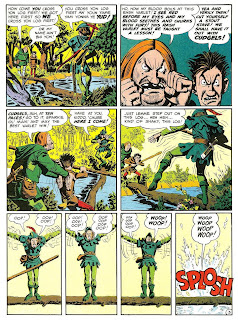 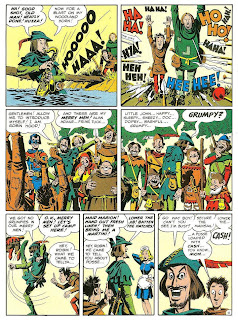 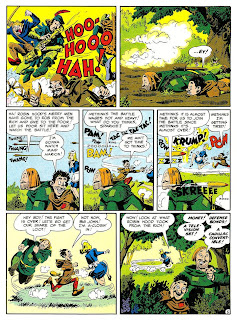 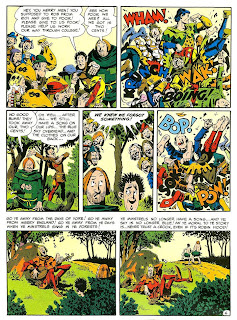 The Robin Hood was my fave. I've never met John Severin, but I did get to meet Marie Severin in the early 90's.

They were great either apart or as a team.

I'll be damned if I can't stop hearing Melvin's "Hoo-ha!" in Al Pacino's 'Scent of a Woman' voice, though.