When I look at these covers from the old SPICY ADVENTURES magazines, I'm struck by how many of them repeat themes that would be condemned today: racism, sexism, violence against women.* (Some of the covers don't portray those themes, however. "Devil Trail," "She-Devil," etc., are probably less sexist than any women's magazine covers near the checkout in your local grocery.)

The racism is from a time when it was deemed OK to portray minority groups as inferior, swarthy or terrifying. There are covers that play to the fears of white people that black men were after white women. The covers wouldn't have the impact they do if not for the skill and artistic brilliance of the illustrators, H. J. Ward and H. L. Parkhurst.

The Spicy pulp magazine line was criticized for its sexual content, but man, did they sell a lot of magazines. Nobody ever went broke pandering to the sexual tastes of horny American males. What is more dangerous is the message of violence. Did anyone complain about that? The Spicy line was a direct ancestor of DC Comics, home of squeaky-clean heroes like Superman, Batman, the Justice Society of America, etc. By the end of the Spicy line they had become "Speed" rather than Spicy, and the writing was on the wall. Guys bought SPICY ADVENTURE, SPICY DETECTIVE, SPICY WESTERN, et al., not for literature but for titillation. Nearly 3/4 of a century ago this is what your grandfathers and great-grandfathers were hiding in their underwear drawers and reading in the outhouse.

I got these covers from Internet sites.

*At the time, "violence against women" was commonly referred to as "damsel in distress." 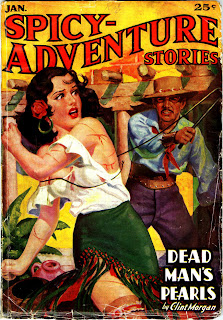 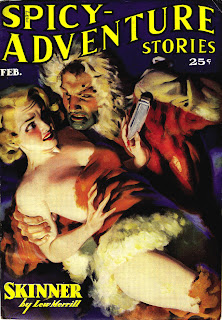 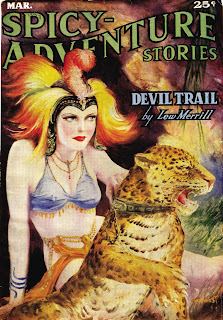 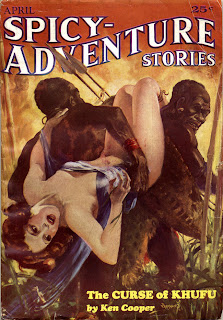 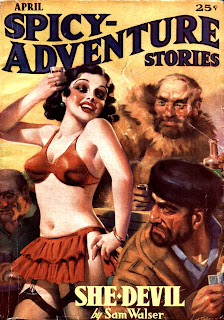 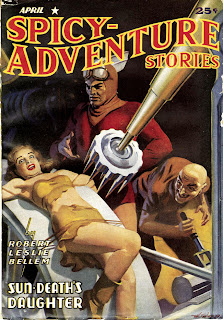 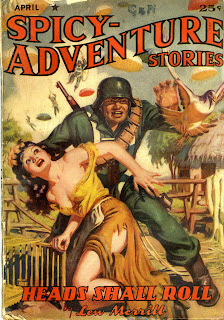 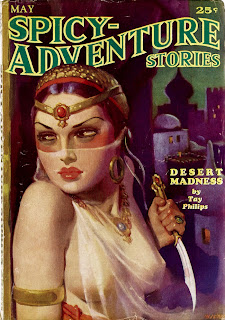 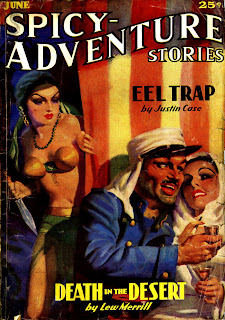 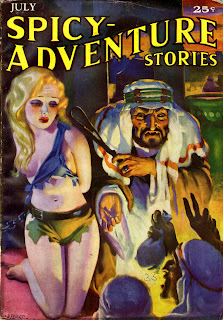 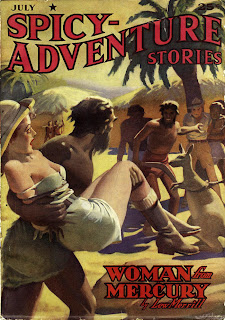 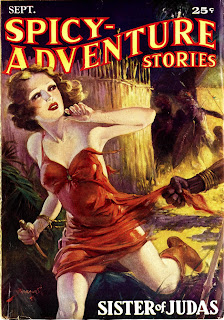 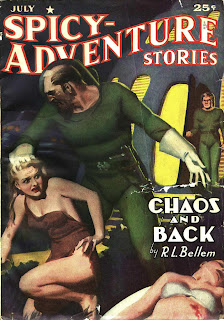 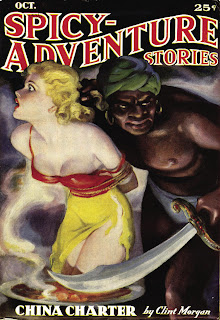 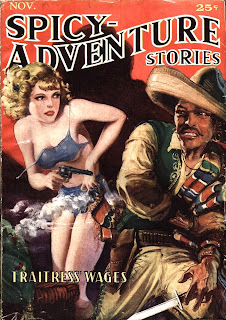 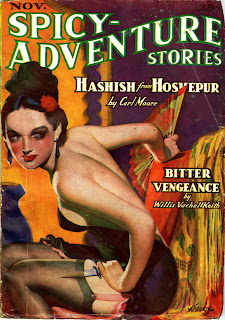 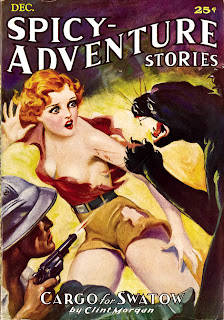 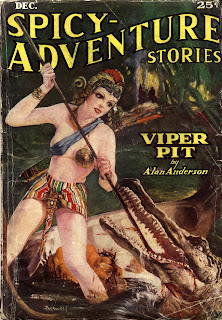 That is my kind of spice! Heck, I would even take some hot chicks just playing dress up games like those covers.