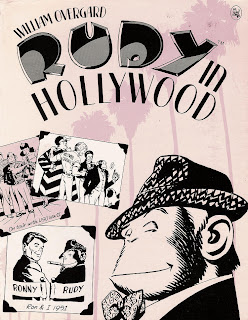 In his career William Overgard was a Golden Age comic book artist, assistant to Milton Caniff, the writer/artist of the comic strip "Steve Roper and Mike Nomad," an author of several novels, and the creator of the comic strip, "Rudy." Rudy was a talking chimpanzee who, when I saw the strip in my local newspaper on its initial run, I "heard" in George Burns' voice. The strip was short-lived, but luckily it's still available if you can find the book, RUDY IN HOLLYWOOD. I've scanned up to page 21 and would like to show you more at a later date. The strip appeared as a continuity strip surrounded by minimalist daily gag strips, which probably led to its doom. The shrinking size of newspaper comics is evident in Overgard's approach to the drawing, but he did a lot with the space he had available to him. 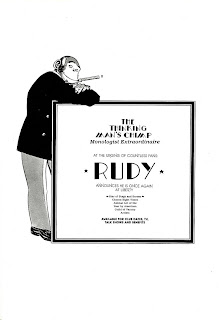 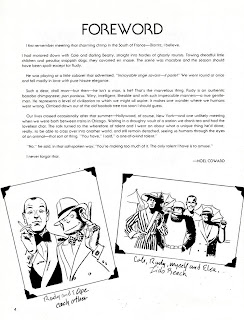 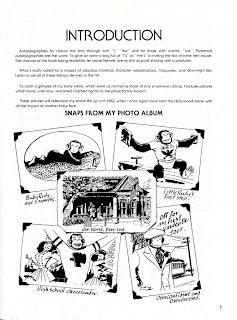 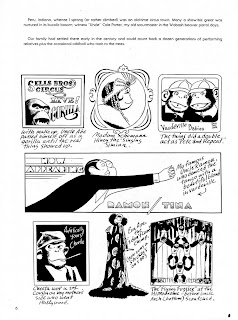 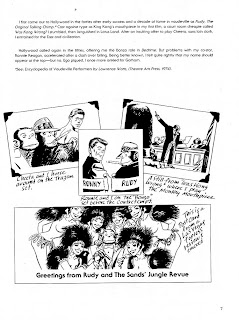 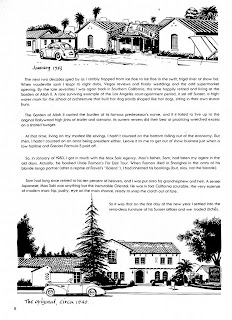 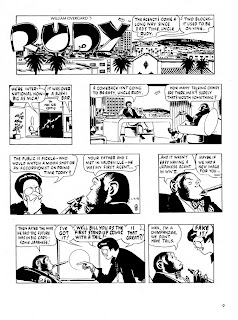 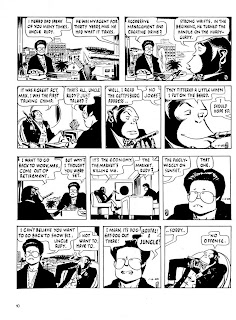 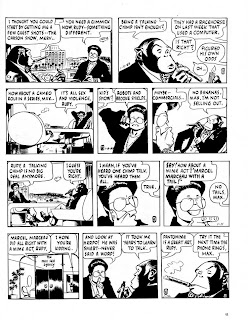 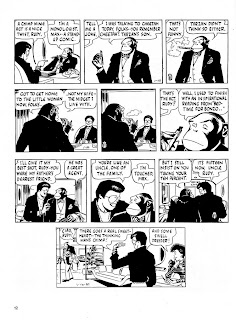 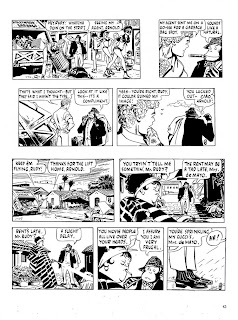 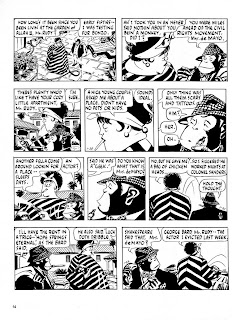 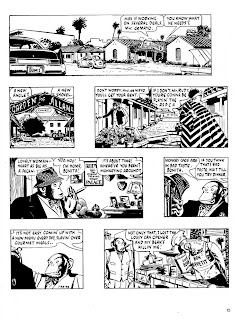 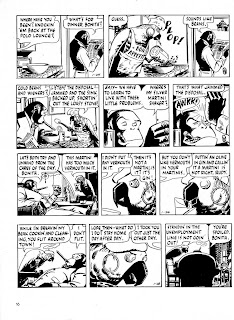 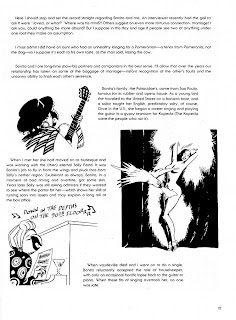 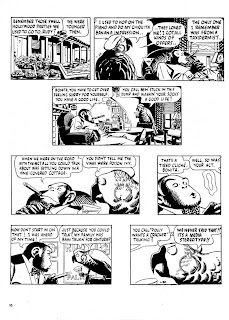 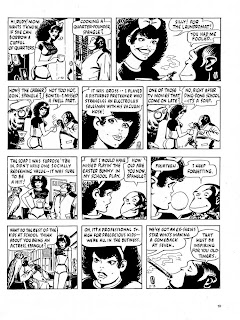 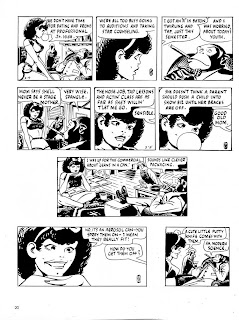 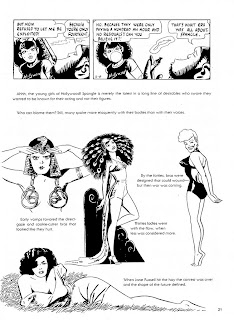 I just got a used copy from Amazon. I loved this strip when it first ran and if anything, the intervening years have magnified its fabulousness. Everything about the strip is brilliant. My favorite individual strip is the one where he's applying for a driver's license: "Sir there's an ape who wants a driver's license!" "Who, that hairy devil in rags?" "No, that's a rock star, the ape is the well-dressed intelligent-looking one."

I wondered if anyone would remember Rudy. It showed that besides being a fine adveture cartoonist, Bill Overgard was a very funny man.

My personal favorite strips are the ones with Mrs. de Mayo. "An I took you in an' never said nothin' about you bein' a monkey, did I?"

"You were miles ahead of the Civil Rights Movement, Mrs. de Mayo."

I believe this strip was probably just miles ahead for its time.

I recommend if others like what they see they do what you did, find a copy of this book. I believe it's the only extant record of Rudy, besides the actual strips in the files of 25 year old newspapers.