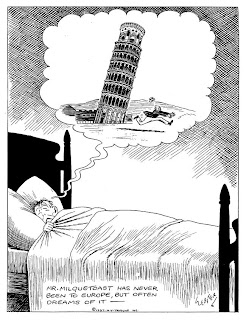 For the first half of the 20th Century Harold Tucker Webster was a popular cartoonist who didn't change his style with the times. His later drawings seem stuck in an earlier era, but that only added to the charm. The character, Caspar Milquetoast, was Webster's most popular, and lives on by name as a man who lacks courage. These cartoons, from the book, THE BEST OF H.T. WEBSTER, are from the chapter, "The Timid Soul." Some of them are more wry observations, some laugh-out-loud funny. We all know a Caspar Milquetoast. Sometimes Webster used subtlety, as in the drawing where the census taker asks, "Are you the head of the household?" Caspar's sidelong glance at his wife tells us all we need to know.

Webster died in 1953, and this book was published shortly after his death. These cartoons are scanned from the First Printing. 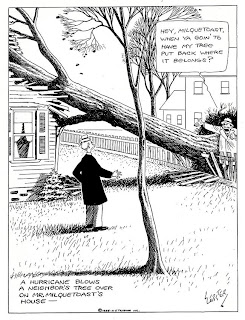 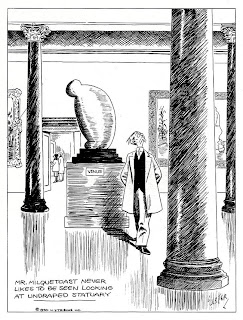 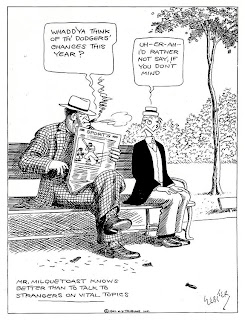 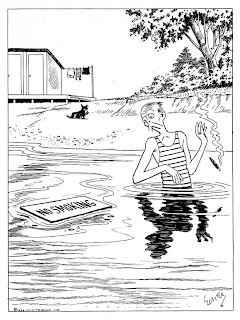 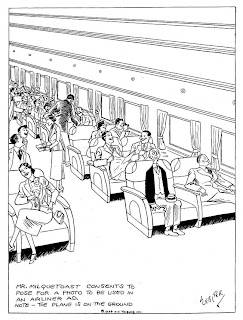 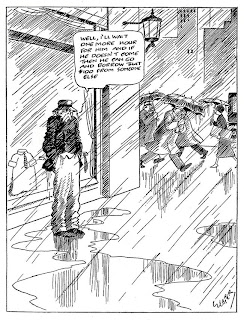 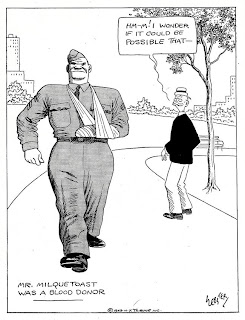 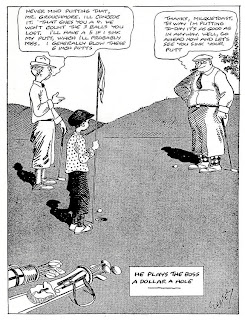 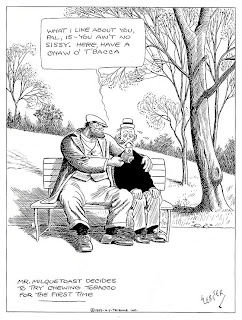 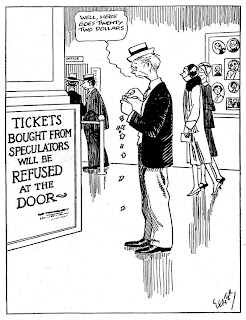 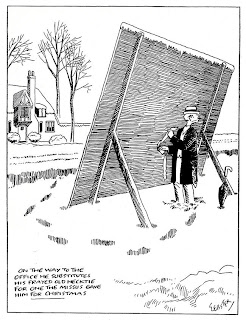 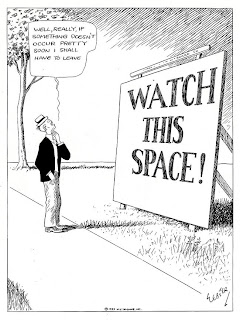 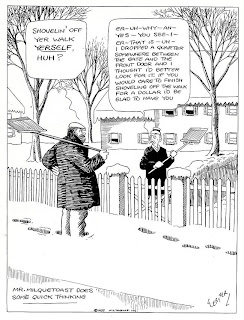 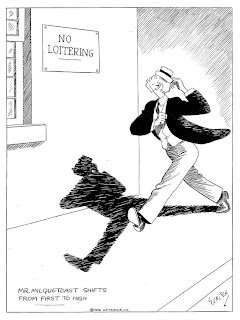 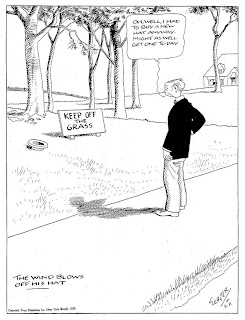 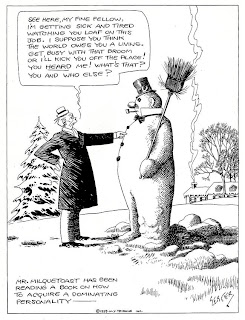 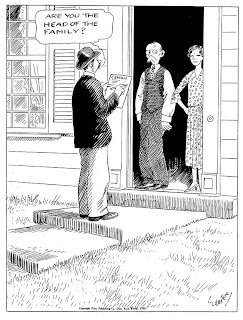 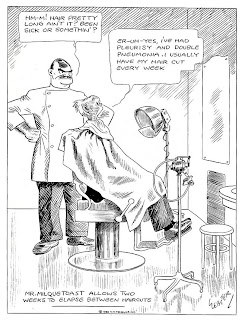 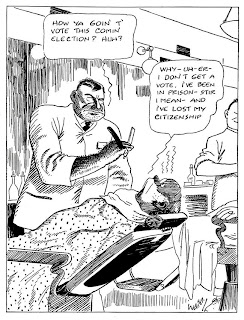 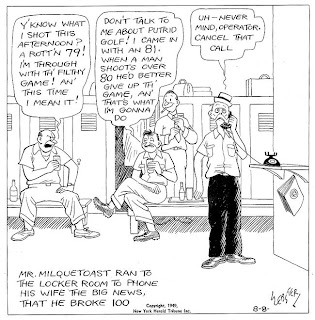 Been a long time since I've seen Webster's work. He's got a really nice and different take on things. Very enjoyable post. Thanks.

I either never knew or forgot about this book. I was prompted by this post to order a copy for myself.

Thanks for this post. I really enjoyed those cartoons.

My grandmother had a Timid Soul collection along with similar books by Arno, Charles Adams, The New Yorker, etc. I used to lay on the floor and pour through them on rainy days - Great Stuff!

Thank you for posting this. I really enjoyed it.

Thanks for creating the page...I found a bit of history I didn't know about thanks to you....

Thanks for the great post on your blog, it really gives me an insight on this topic.
caspar lee age

Gee, I would like to see more of these nice cartoons. Could you post some? I mean, only if you want to. Oh, never mind, I will go and buy the book right now if that's what you want.
PS: Those were really nice cartoons.