A New Leash On Life 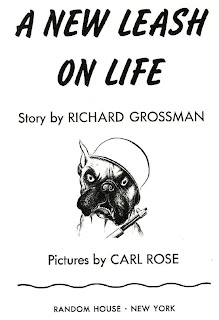 December 7, 1941...67 years ago today, a day that will live in infamy...the attack on Pearl Harbor, ushering America into a world war.

Also, the birthday of Herman Boxer. Herman...who? you ask. Herman was a K-9 soldier who just wanted what his country owed him after his service. He also wanted the love of a princess, an English Beagle named Berenice, but had the unwanted attention of Nadja, a Russian Wolfhound. This story is well illustrated by Carl Rose, who also illustrated Bennett Cerf's TRY AND STOP ME, and there is an excerpt of the chapter "The Trail of the Tingling Spine," here.

This story also features just about everybody who was anybody in 1950.

A NEW LEASH ON LIFE is written, illustrated and Copyright © 1950 by Richard Grossman and Carl Rose. 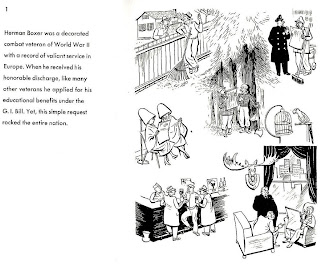 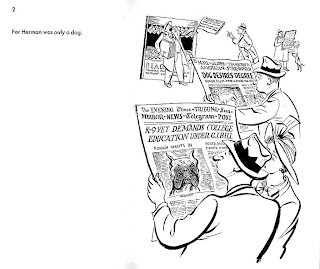 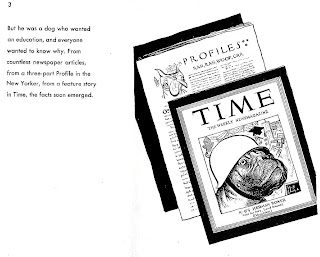 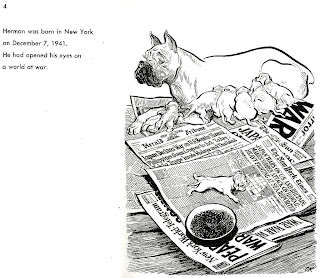 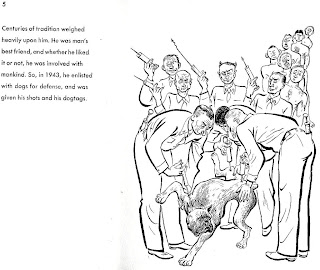 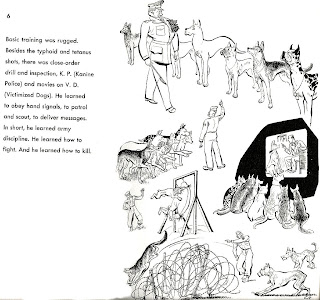 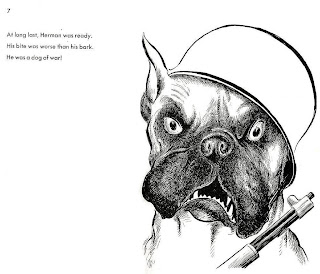 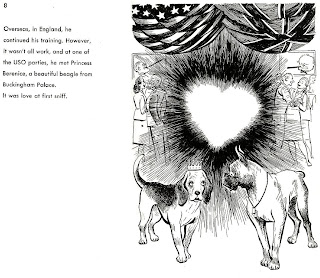 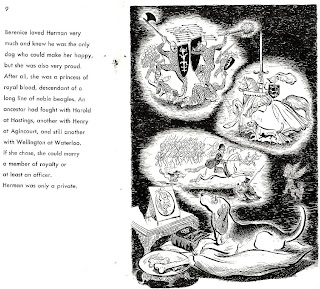 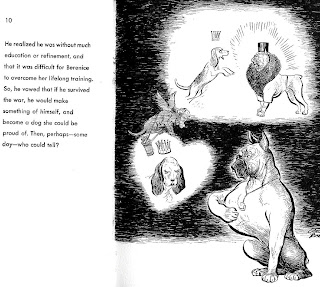 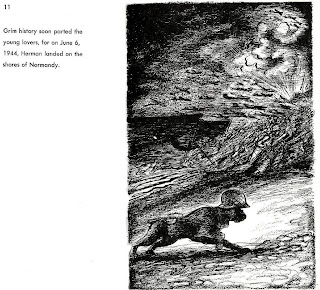 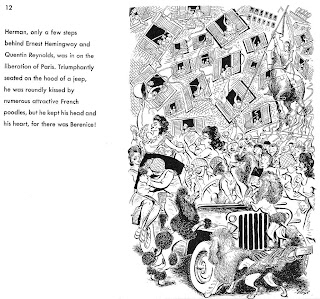 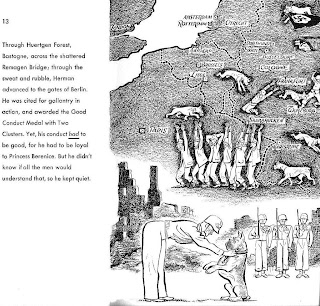 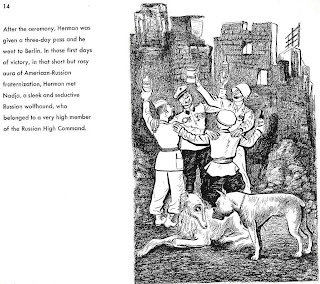 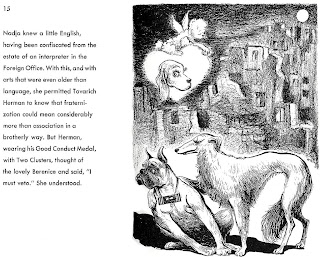 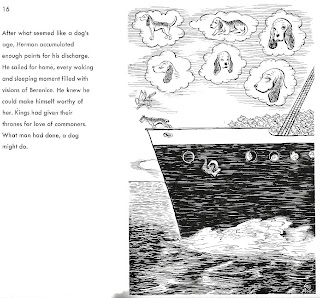 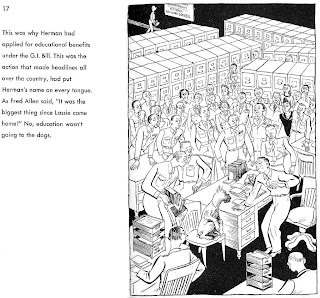 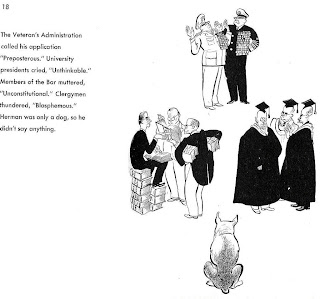 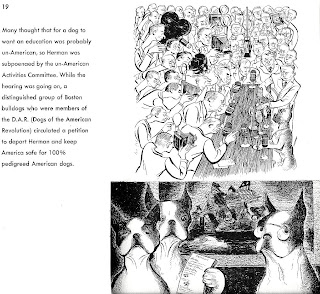 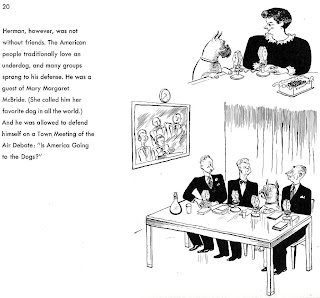