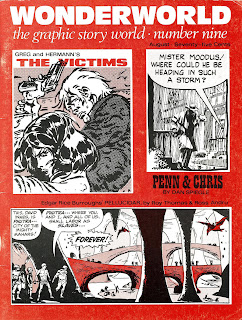 WONDERWORLD, formerly known as GRAPHIC STORY WORLD, was a comics fanzine from the early 1970s with high production values and an interest in comics other than the standard super-heroes . It was probably ahead of its time. From issue number 9, August 1973, is this excellent 8-page Bernard Prince adventure, from the French series by Greg and Hermann. To my knowledge, this is the only English language version of Bernard Prince. If it is, and there hasn't been an attempt to reprint this superior strip in English, there should be.

From the WONDERWORLD contents page: THE VICTIMS, a Bernard Prince adventure, by Michael Greg and Hermann Huppen. Translated from the French by Fred Patten, lettered by Bernard A. Zuber, adapted graphically by D. Bruce Berry. 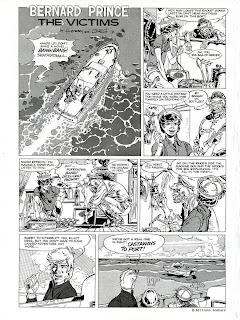 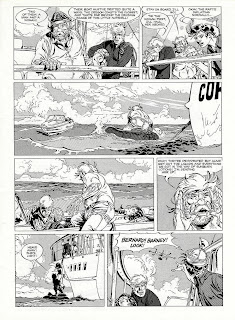 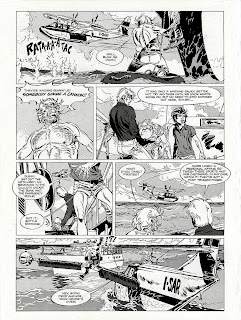 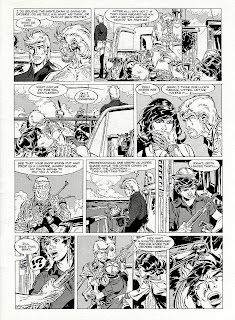 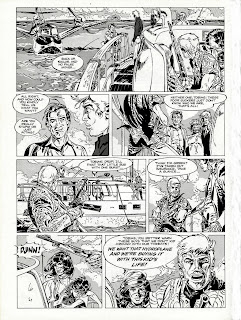 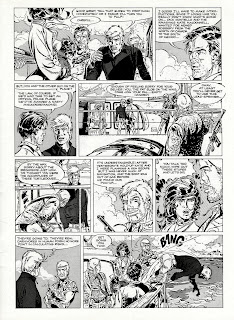 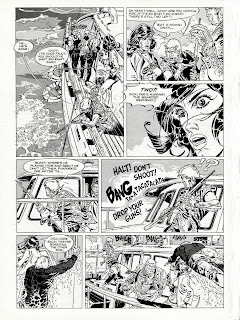 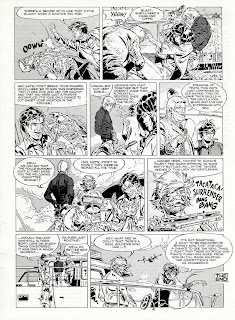 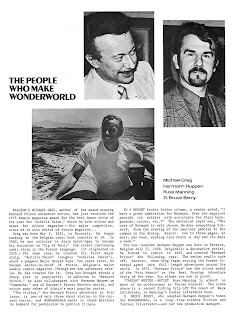 Wow, that's some great art. How could I have never heard of this guy?

It would be terrific--hint, hint--if someone were to translate the Bernard Prince graphic novels and print them in English!