Burglar in the room... 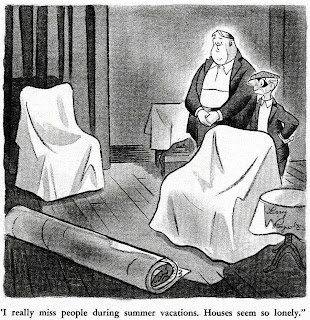 Larry Reynolds' burglar cartoons, featuring Butch and his little old man accomplice--sorry, don't know his name--were a long-running feature in Collier's Magazine. These are from the 1940s, taken from the book by Collier's cartoon editor, Gurney Williams, I Meet Such People!, ©1945, 1946. Burglary, and even armed robbery, don't seem very funny in and of themselves. I guess if you've been burgled or robbed at gunpoint the punchlines will be lost on you. Still, Reynolds produced a lot of these during his career, and the public must've liked them.

The last cartoon is from the original art done on Strathmore bristol drawing paper, inscribed by Reynolds to a fan. 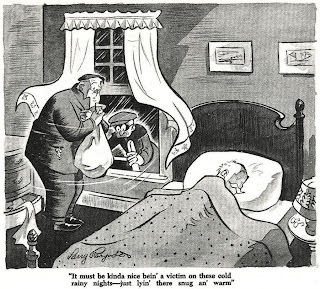 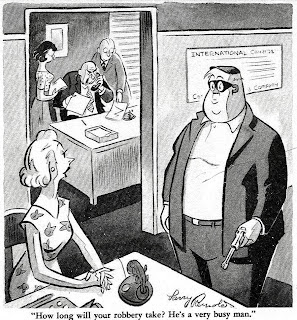 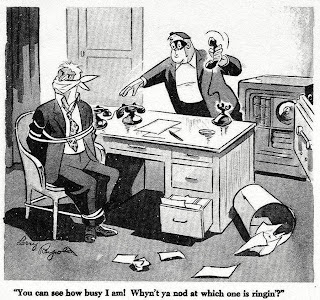 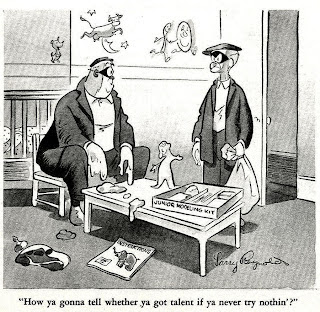 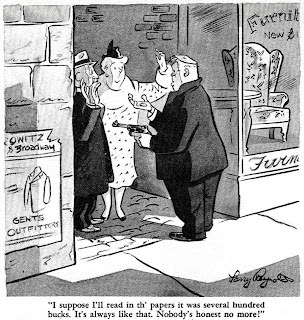 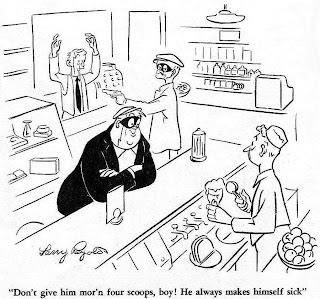 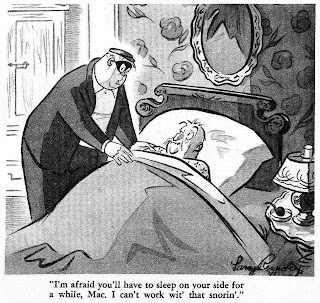 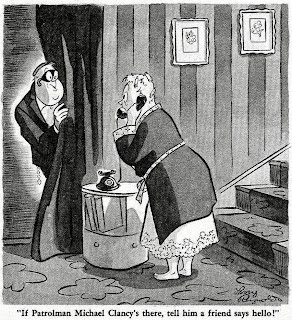 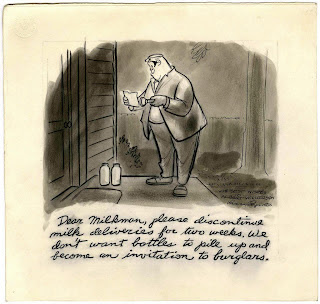 These characters are featured in a series of drive-in intermission cartoons. You can see them here:

The first one starts about a minute and a half in.

When I was growing up in South Salem, NY, we lived two houses away from Larry Reynolds father Bert Reynolds who was in his eighties at the time. I would spend endless hours with Bert listening to stories about the old days and harness racing. He was quite a guy. I only met Larry once when he came to visit his dad. Louis Csak, Copiague, NY