In the 1940s the problem of juvenile delinquency was becoming epidemic. Actually, there have always been delinquents, but some people started looking around for a cause of this behavior in young people. They looked at what kids did, what they liked. They liked comic books. So kids liked comics, kids were delinquent, therefore comic books made kids into delinquents. Isn't that a syllogism?

This is a story from a 1950 crime comic book, ALL-TRUE CRIME #39. The historic setting didn't fool the critics. It was still a crime comic book, sent by evil publishers to ensnare our children. According to the recent book, THE TEN CENT PLAGUE, comic books like this were thrown into piles and burned in public places. Despite the public outcry and hysteria, not everyone was convinced they were evil, or that they taught kids criminal behavior. In this story the infamous Borgias didn't need comic books to teach them how to do what they did best, which was poison people. The bloodbath at the end of the story seems symbolic of the bloodbath that was going on as parents, teachers and psychologists attempted to put comic books out of business. 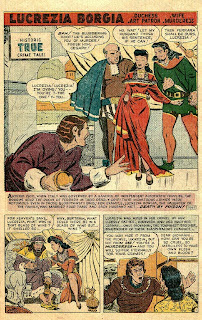 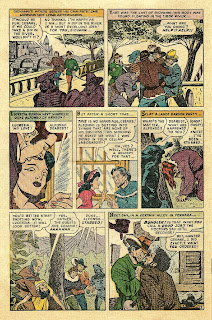 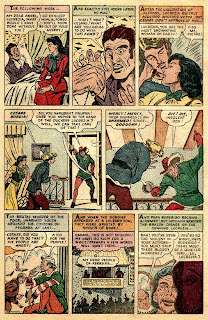 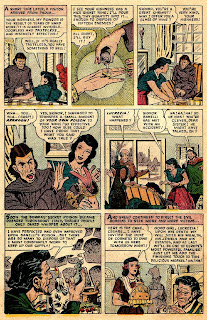 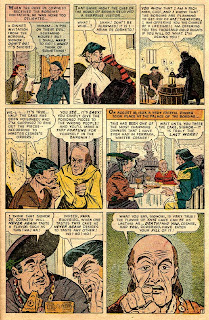 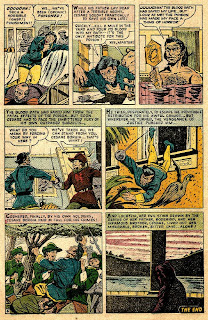 I do appreciate your aite.

Well, Dave, it only took me 10 months to get around to fixing the problem of page 2, but I finally did. Never let it be said that H.G. Eyeball doesn't listen to his readers! It just takes a long time to get his attention.