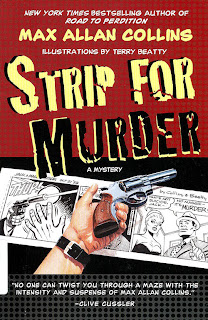 Max Collins' STRIP FOR MURDER is a fun mystery set in the early 1950s world of newspaper comic strip syndication. It's a roman a clef featuring very lightly disguised fictional versions of characters such as Al Capp ("Li'l Abner") and Ham Fisher ("Joe Palooka"). Authenticity is added when you know that Collins wrote the Dick Tracy strip for a few years, so if anyone would know about that crazy business Collins would.

STRIP FOR MURDER got me thinking about Dick Tracy...got me thinking about Li'l Abner...got me thinking about Li'l Abner's version of Dick Tracy, Fearless Fosdick. The story I heard long ago was that Chester Gould, Tracy's creator, wasn't all that happy with Capp's take on his character, especially when he became a regular with continuities featuring him, and then the ultimate indignity: Fosdick even appeared in advertisements. "It's Wildroot Cream Oil, Charlie!" Anyway, this is all a roundabout way of the Eyeball recommending you buy and read STRIP FOR MURDER by Max Allan Collins, and also to show you a Fearless Fosdick story. I picked up some scrapbooks some years ago. Someone had carefully cut Li'l Abner strips out of the newspaper and pasted them onto typing paper, then stapled them together. This hilarious Fosdick episode was published in 1960. It's full of Capp's dark satires on public servants, politics, bosses, and that old devil, sex, with a horny teenage boy in heat for an older woman. Capp got away with a lot in a more conservative time...you probably wouldn't see this sort of thing nowadays. 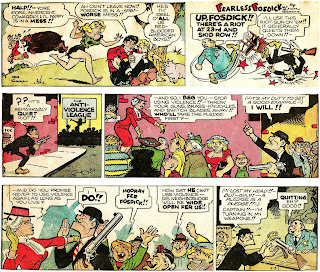 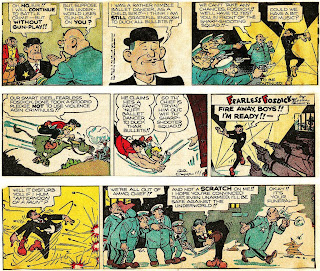 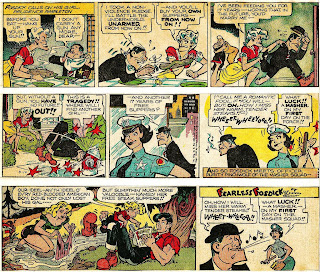 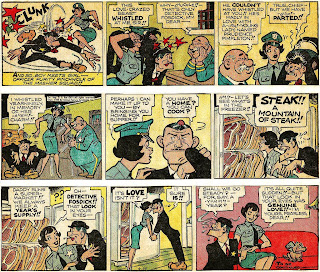 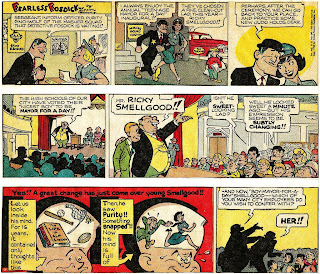 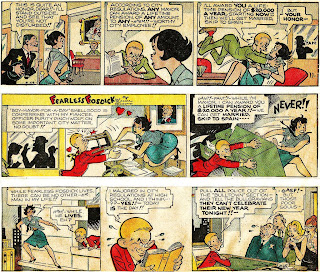 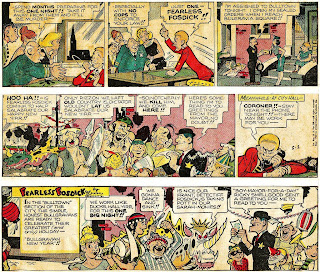 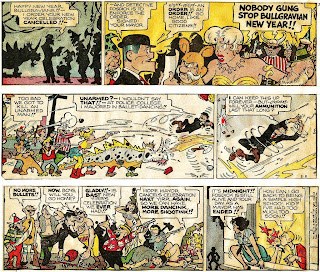 Max Collins is one of my very favorite mystery novelists, with his Nate Heller tales leading the pack of detectives that I truly enjoy.

But then there's Mallory, Eliot Ness, Nolan, Quarry, so he's got a lot of cool guys to read about.

I met him in person quite a few years ago and had him sign my copy of Butcher's Dozen.

He's been at it a long time, too. I remember reading his books in the '70s...don't remember all of the names of his characters...but your list sounds correct. Very enjoyable books, many with themes we comic guys find interesting.