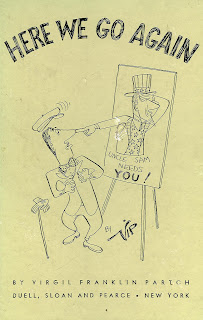 In 1950 the communist government of North Korea invaded South Korea in an attempt at reunification by force. The United States and several other nations joined forces against the invaders. At one point before cessation of hostilities in 1953 the U.S. had over 300,000 troops in Korea. For the second time in less than a decade men were under arms in a shooting war.

Virgil (Vip) Partch, who wrote and drew HERE WE GO AGAIN in 1951, was drafted into the Army in 1944. He had a wicked sense of humor when it came to officers and non-coms, and from the Hairy Green Eyeball's opinion after his own experiences in the U.S. Army, Vip's satire was right on. I don't what kind of marksman Vip was, but when it came to his cartoons he hit a bullseye every time. 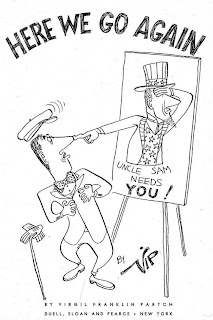 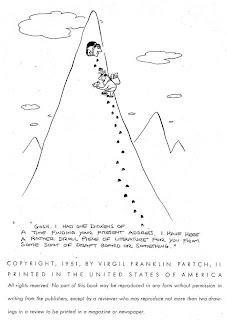 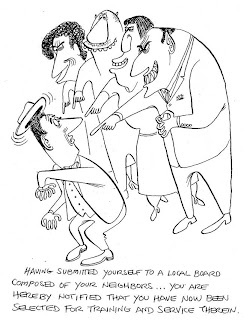 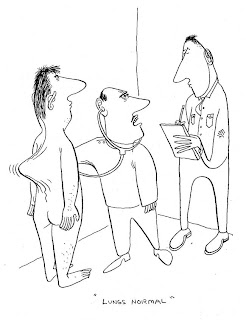 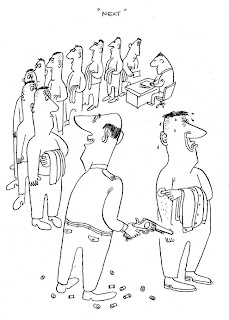 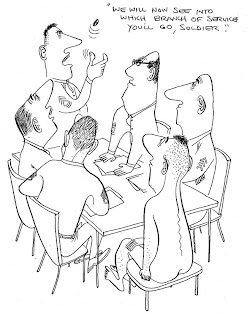 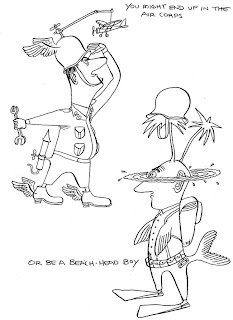 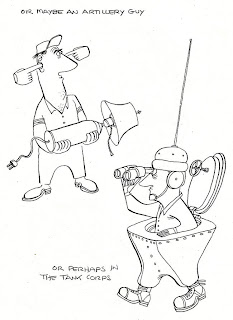 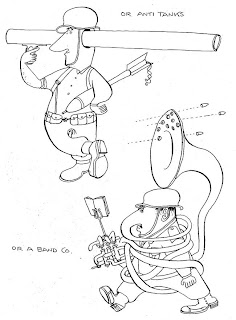 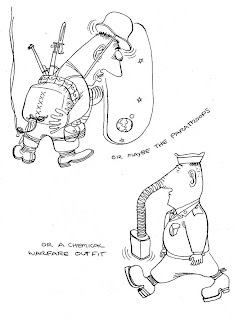 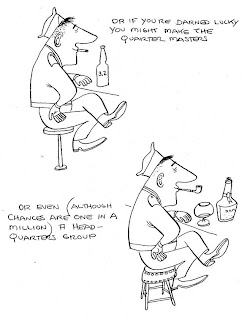 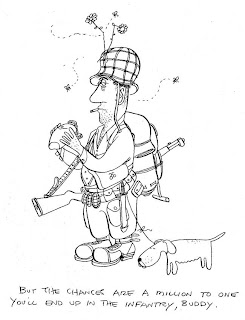 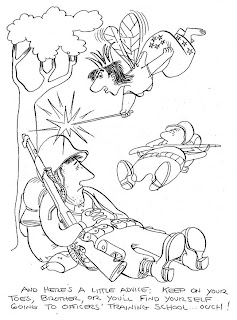 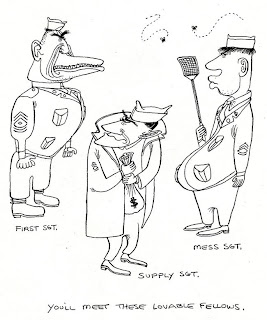 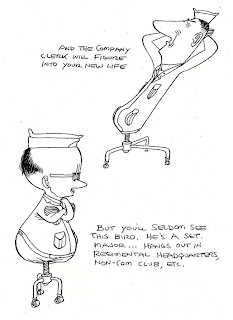 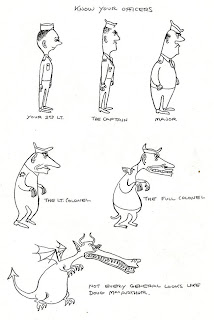 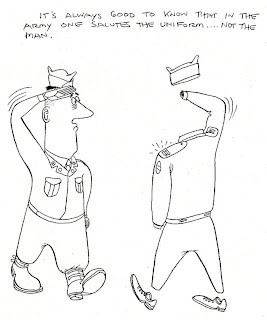 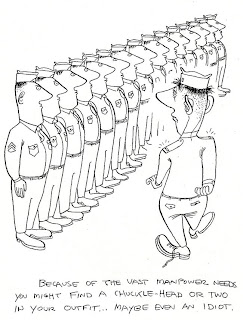 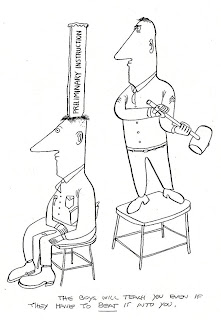 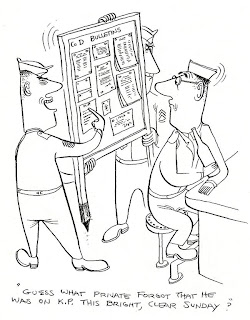 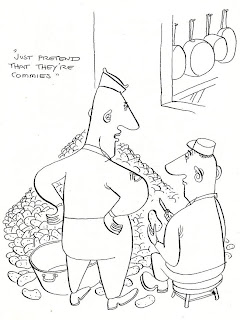 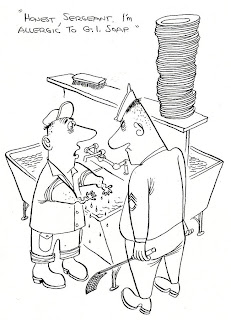 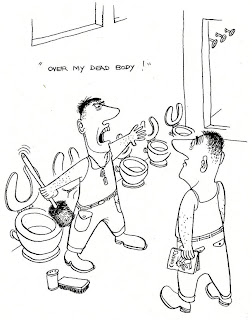 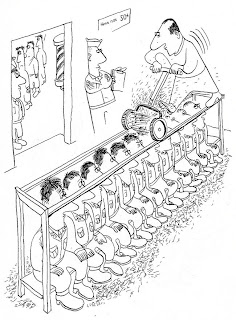 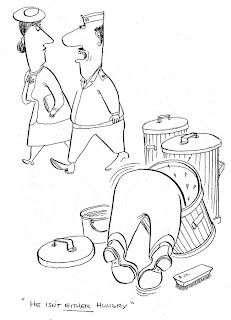 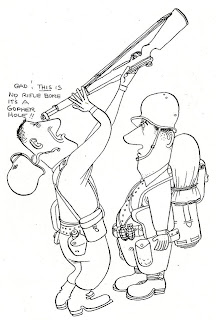 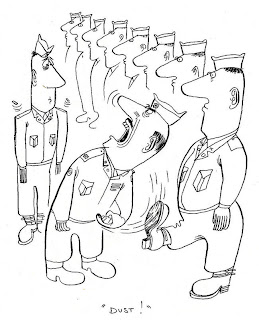 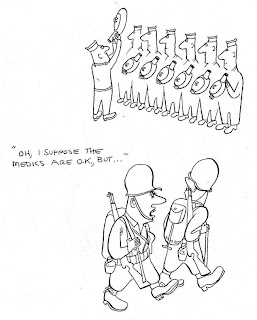 Virgil Parch did a newspaper strip (maybe a one-panel?) that I remember from the early '60s. I remember the distinctive and sophisticated artwork. Can anyone remember the name of it?

Yes, it was Big George.