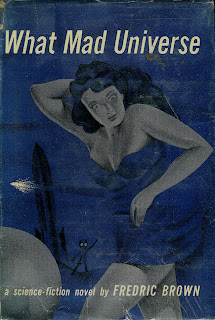 Fredric Brown was a very popular writer, pulp and paperback, from the 1940s through the 1960s. WHAT MAD UNIVERSE is one of his best and most popular novels. He used his skills as both a mystery and science fiction writer, as well as his gift for narrative drive, in this book. It has been in print in one edition or other since it was first published in 1949. Several copies from different editions are available at Amazon.com.

I've excerpted Chapter Two, "The Purple Monster," to show how well Brown set up a situation. Keith Winston is editor of a science fiction magazine. He is visiting a town in upstate New York, going to his publisher's home for dinner. Winston is surprised by a flash and finds himself in the same town, but in a different reality. On its own that type of story is fairly common, but Brown shows how skillfully he puts us into the mystery by telling us the story through the main character's eyes, rather than the omniscient eyes of the author. The beginning of the chapter is fairly benign and continues that way until the mystery starts to deepen. At chapter's end it has tipped over into a full-fledged alien encounter and cliffhanger. Brown was very influential, and a lot of science fiction books of the 1950s use this book as a template.

Years ago I read that Brown plotted his books while taking long bus rides. Maybe those bus rides took him through country settings like his fictional Greeneville, New York. He must've seemed unusual to his fellow passengers, a diminutive man, writing notes, looking out the window, then scribbling.

The excerpt is from the first edition, published and © 1949 by Fredric Brown. 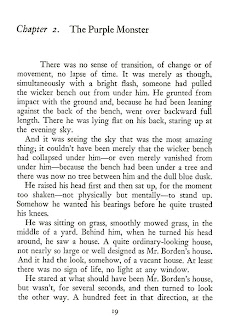 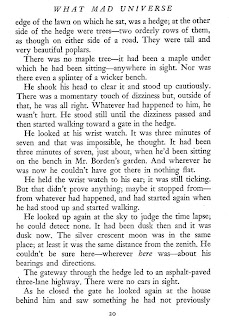 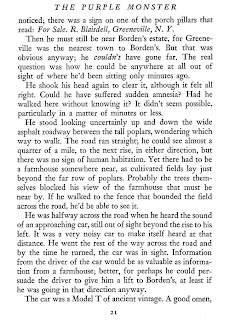 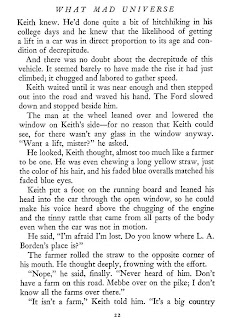 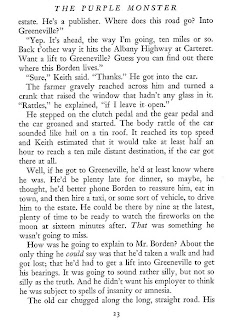 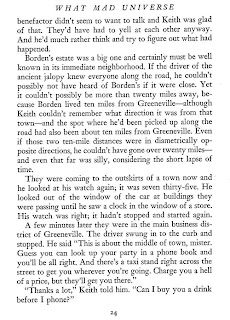 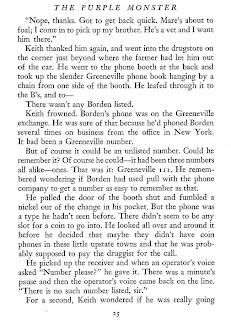 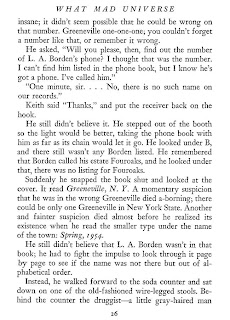 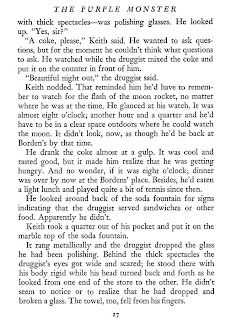 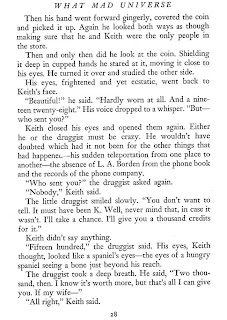 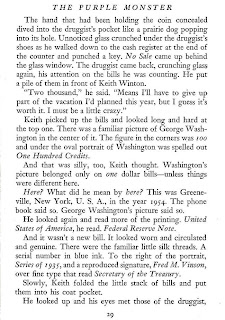 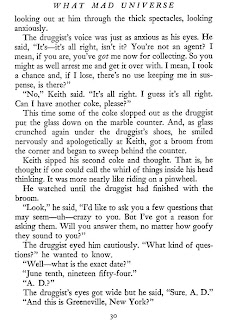 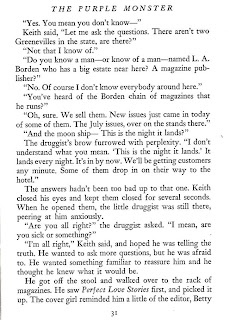 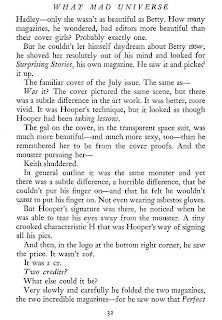 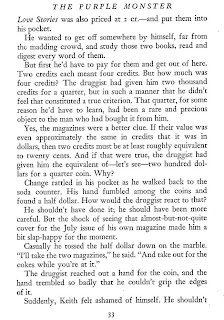 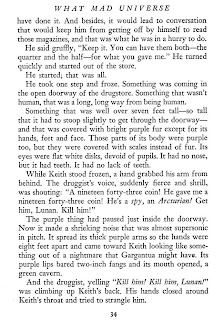 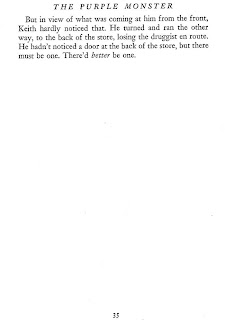 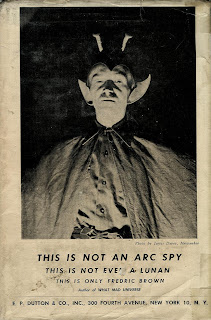 That's absolutely the single greatest author photo of all time.